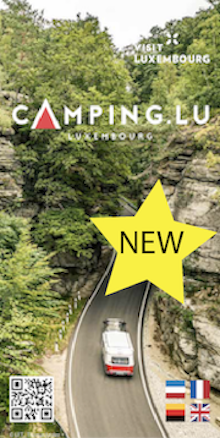 Our new map is now available!
Only here! 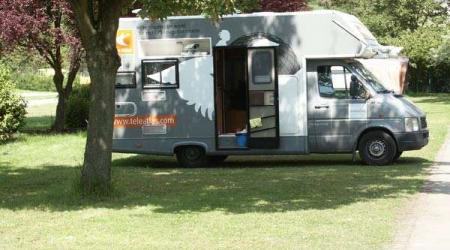 Welcome to the Internet Site of Camping Alzingen

Nature in a pure state and in the immediate vicinity of the capital of the Grand Duchy of Luxembourg, the "Green Heart of Europe", that's what you will find at the "Camping Bon Accueil" in Hesperange/Alzingen, with a lot of advantages that will come up to the expectations of the most demanding camper.

Situated next to the motorway intersection (Croix de Gasperich), at the junction of the motorways coming from Germany, France and Belgium, with good road links to the capital (bus stop at 100 m) and other picturesque towns and villages (such as Mondorf, Remich, Echternach, Mullerthal), this 1st class camping next to the splendid park behind the Hesperange town hall is easily accessible to campers.

Up-to-date bathroom equipment and installations, a common room, cycle renting, sports grounds in the surroundings, a cycle track following the wooded Alzette valley and leading to the centre of Luxembourg-City, a recently redesigned fitness trail in the picturesque wooded "Drosbach"-valley : the requirements for a successful and relaxing stay are fulfilled.

The municipality of Hesperange with its 12.000 inhabitants includes the villages of Alzingen, Howald and Itzig. Its past is marked by the vicissitudes of the European wars of the last centuries, the imposing ruins of the castle in the centre of Hesperange reflect the epochs of the dynasties of Rodemack (France, 13th century) and of Baden (Germany, 15th century).

The new cable-stayed bridge spanned across the splendid Alzette valley connects the bypass of Luxembourg-City to the international motorway network: it has become the contemporary symbol of Hesperange.